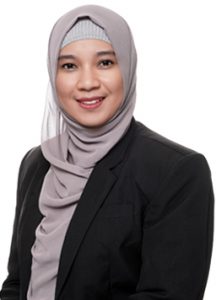 Head of Bachelor of Nursing Program

"By 2035, becoming as a center for developing culturally sensitive nursing science and technology and can compete nationally and internationally and contribute to health development."

Nurses are able to provide nursing care to clients by using knowledge and expertise in managing clients ethically, culturally sensitive, effective and professional on the basis of scientific mastery, IT and evidence based practice and being able to make decisions independently in various stages of nursing care (assessment, formulation nursing diagnosis, planning, implementation and evaluation).

Graduates of the program are professional nurses who are intelligent and competent in providing nursing care to clients in a healthy range of illness throughout human life in various nursing service settings. Nursing care provided is based on nursing science and various other sciences that support nursing. Graduates must be able to use the nursing process approach. As providers of nursing care, nurses help clients improve their health independently and or in collaboration with other health teams. Health improvement is not only through physical treatment and healing, but also includes measures to restore emotional, spiritual and social well-being. As a provider of nursing care, nursing graduates are also expected to be able to help and assist clients and their families to set goals and achieve these goals effectively and efficiently.

Graduates of the program are prepared as leaders who are competent, flexible, and able to motivate / encourage others around them, including clients, families, and co-workers / colleagues in their community to adapt to changes and achieve organizational goals effectively.

Professional nurses from graduate programs are able to become educators through knowledge transfer activities to clients, peer groups, other health teams, and other disciplines. In their role as educators, graduates are able to demonstrate role models to stimulate, motivate, teach, and receive feedback.

Professional nurses who are graduates of the program at the time of providing health services must be able to perform nursing management functions at the first-line management level (lower manager). In addition, graduates are also able to manage nursing care for groups of nurses and / or clients.

Nurse program graduates are able to conduct research in the field of science to improve the quality of nursing care that they provide. Nurses must be able to identify gaps between the theory of nursing care and professional practice given, formulate problems, and identify alternative problem solving. The choice of problem solving alternatives is obtained through library research activities, discussions with experts, or using the results of existing nursing research.

Selection for SNMPTN is based on high school academic portfolio. High school students with high and consistent grades are invited to enroll to state universities without tests through SNMPTN. Schools are required to submit school and student database (PDSS) in a complete and correct manner, and in addition, push and support students in the process of SNMPTN registration which are based on invitation. Final selection of students who are accepted through these schemes will be determined by the University. The selection process is done by the New Student Admission Office (Kantor Penerimaan Mahasiswa Baru). The selection team is appointed by the Rector, and will select new students based on student’s school academic achievement, consistency of grades, and quality or rank at school. Based on data in the last three years, there has been an escalation in the percentage of students who were accepted through University invitations. The selection process is held from December to April.

The SBMPTN test is conducted simultaneously in July throughout Indonesia. The test is accountable, transparent, and universal. It ignores race, gender, religion, social class, and economic capability of students. The government provides scholarships for intelligent coming from unfortunate families. About 30-40% of students are accepted through this test.

Since 2009, the government has allowed state universities to organize independent new student admission tests. Details and information about Universitas Indonesia’s admission procedures can be accessed from (http://penerimaan.ui.ac.id  and http://simak.ui.ac.id).

The transfer program allows the Diploma 3 nurses (nursing diploma done in three years) graduates passing the entry examination and the requirement to take the Bachelor Nursing at FoN UI. Specific for the transfer program, entry selection is only done through the Universitas Indonesia Entry Examination (“Seleksi Masuk UI/SIMAK UI”)

Since 2009, the government has allowed state universities to organize independent new student admission tests. Details and information about Universitas Indonesia’s admission procedures can be accessed from http://penerimaan.ui.ac.id and http://simak.ui.ac.id).

Anybody interested in helping other people and having plenty of job security should consider getting a nursing degree. FoN UI  prepares student to be professional nurses who are capable in providing nursing care, leading the community, educating people, carrying out nursing management functions and conducting research . The majority of nurses work in hospitals, but some also work in private clinics, schools, nursing care facilities, prisons, military bases and more. Experienced nurses are often called on to supervise other nurses, teach essential nursing skills to students, handle administrative tasks and even conduct research. Data on the needs of nursing staff in Indonesia The Situation of Nursing Staff in Indonesia Source from the Indonesian Ministry of Health

Nursing laboratory is an important facility to support the clinical learning of nursing students. Faculty of nursing Universitas Indonesia provides nursing learning laboratories which allow students to see, learn and practice nursing skills and procedures in simulated setting. All the nursing laboratories are equipped from low to high fidelity simulators and offer all clinical equipment designed for the care of adult, geriatric, pediatric, psychiatric, maternity and newborn patients in the acute, critical care or long term.