The program series, which runs from June to July 2019, consists of several activities, including the construction of hand washing facilities, education on clean and healthy behavior, specifically by washing hands, and ending with the selection of school sanitation ambassadors. “We, from the school side, thank the Faculty of Nursing UI for initiating this activity. We hope that handwashing can continue. Starting from school, and hopefully it can become a good habit at home too, “said the Principal of SDN 3 Pondok Cina, Mrs. Hj. Huzaenah, S.Pd.SD.

Teachers and students who took part in the series of events were very enthusiastic and excited during the program. “We hope that with the election of the school sanitation ambassador, the habit of washing hands can be widespread among elementary school students so as to reduce the number of infectious diseases,” said the person in charge of Ns activities. Bhekti Setya Ningrum, S.Kep who is also a young lecturer at the Faculty of Nursing, University of Indonesia. 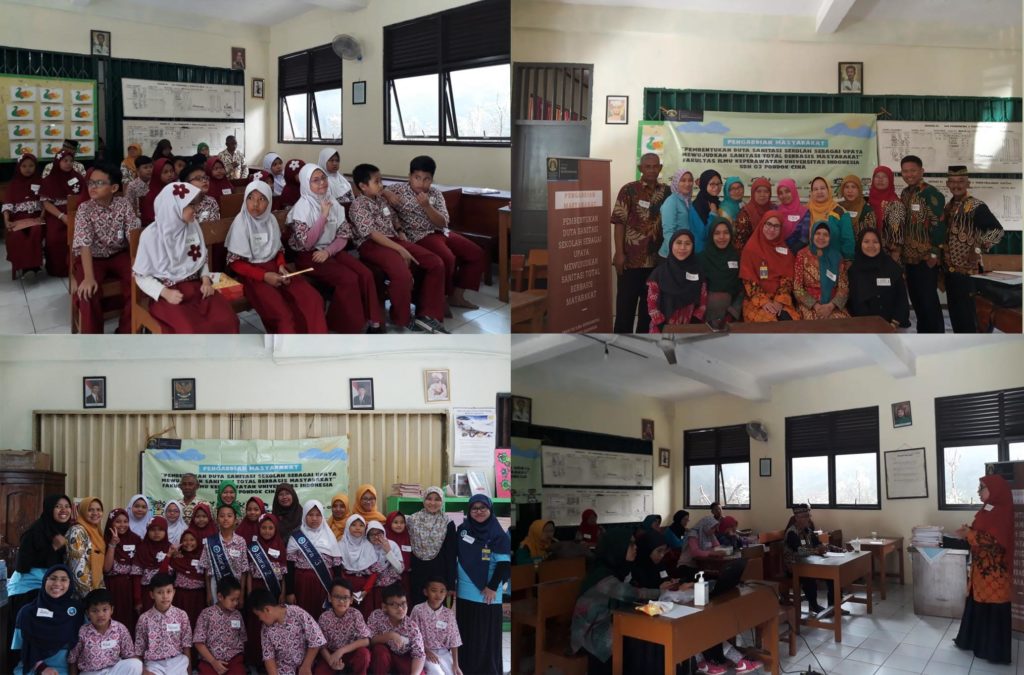