The Faculty of Nursing, University of Indonesia held a public lecture with the topic “Policy of Nursing Personnel Development in the Health Service System in the Era of the Industrial Revolution 4.0″. Public lecture activities are carried out boldly through a zoom meeting on August 30, 2021 at 09.00 – 12.30 WIB. Public lecture activities as preparation and notification of energy policy development for the development of the Industrial Revolution Era 4.0. The resource persons who were present to provide material and further information regarding the development of personnel in this Public Lecture were the Minister of Health of the Republic of Indonesia, namely Ir. Budi Gunadi Sadikin, CHFC, CLU, but because he was unable to attend he was appointed by Dr. Irmansyah as head of the Health HR planning center. The series of webinar events are the opening by the MC, the opening ceremony, reading the rules and safety induction, singing the anthem Indonesia Raya and Mars FoN UI, and the UI Drum. Followed by remarks from the Dean of FoN UI, continued with the delivery of material, then opened a question and answer session, and ended with closing.

“Quality health services are determined by competent health resources. when it comes to health. Nurses have a very important role because we have a very large number in providing health both in hospitals and in the community and it is very related to the situation during the Covid-19 pandemic as it is today,” said Agus Setiawan as Dean of FoN UI. 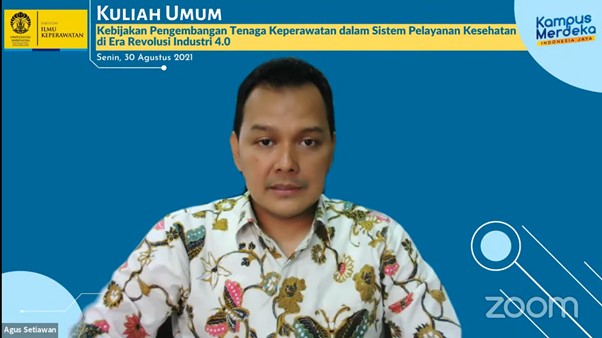 The general lecture was continued with the delivery of material moderated by Dr. Rr. Tutik Sri Hariyati regarding Nursing Personnel Development Policies in the Health Service System in the Industrial Revolution Era 4.0 by resource person Dr. Irmansyah said that “There are several strategies for handling the pandemic, namely by detecting, therapeutic and vaccinating. And what is no less important is the implementation of behavioral changes that occurred during this pandemic,” said Dr. Irwansyah when delivering the material. 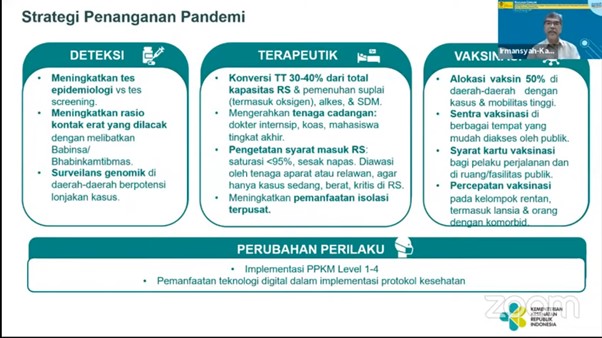 This public lecture is open to all FoN UI academics, attended by 1000 participants in a zoom meeting and broadcast live on Nursing UI’s Live Youtube. All participants who attended this webinar showed their enthusiasm which was shown by the number of participants who always increased during the activity. In addition, participants also actively participated by asking various kinds of questions regarding the material provided. After the presentation session, it was followed by a question and answer session. Due to the high enthusiasm of the participants in participating in the activities and the limited time they have, not all questions can be answered directly. After the question and answer session ended, it was followed by closing. This public lecture activity is expected to increase knowledge about health worker policies, especially nursing in the face of the industrial revolution 4.0 era. 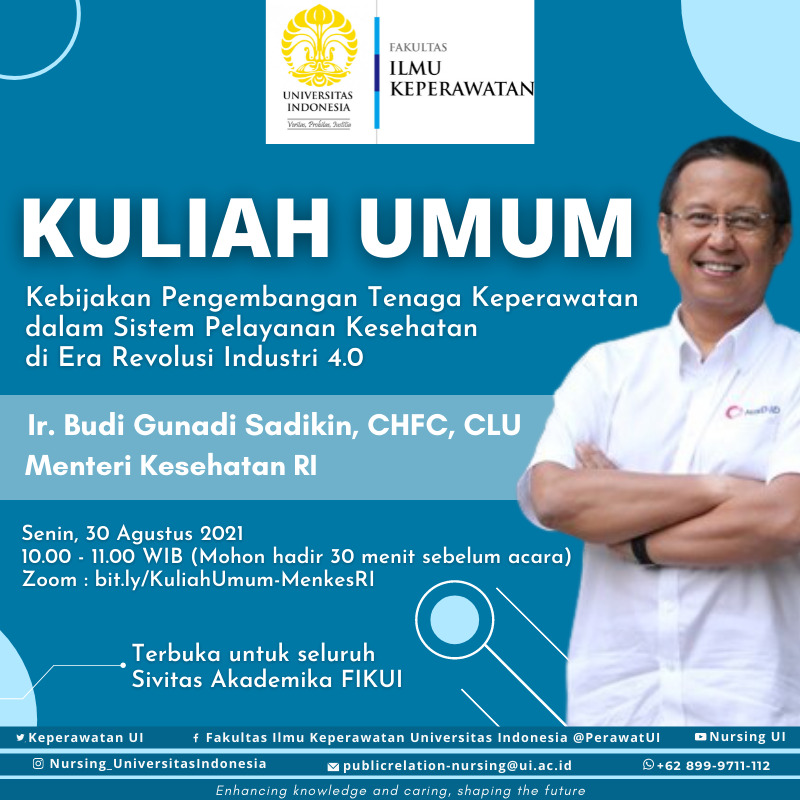