Saturday, December 5, 2020, the Community Service Team from the Faculty of Nursing, University of Indonesia conducted community service activities in Sembalun District, Kab. East Lombok, West Nusa Tenggara. A total of 30 health cadres received training on disaster preparedness management and first aid practices for accident victims (PPPK). The purpose of this program is to ensure that health cadres have the knowledge, skills, and readiness to be prepared when a disaster strikes. Preparedness in dealing with disasters greatly assists the community in forming and planning actions that need to be taken when a disaster occurs and also as an effort to reduce disaster risk which is very important by the community in dealing with disaster threats.

This activity was carried out on the basis that East Lombok Regency is one of the areas with a high level of seismic activity in Indonesia because it is located in the eastern part of the Sunda arc. The series of earthquakes that rocked Lombok which occurred on 29 July 2018 and 5 August 2018 caused damage to many sub-districts including Sembalun District. According to the Head of Community Service Activities, Ns. Laode Abdul Rahman, S.Kep., MBA said that one of the efforts that can be taken as a preventive measure is to conduct education and training activities on preparedness to anticipate disasters through appropriate and efficient organization and steps. Community participation is very important in disaster management. Communities in disaster-prone areas, together with the authorities, become “subjects” or actors. One form of participation in the smallest scope is the preparedness of oneself and each other’s families, while in a wider environment it includes communities or community groups. This is in line with what was conveyed by the Sembalun sub-district head HM Zaidar Rohman S.STP, MH that in the Sembalun area several youth organizations and cadres have been formed who are responsible for when a disaster occurs, but there is still a need for a common perception through training and direct practice related to disasters considering religious education background of the youth and cadres.

The activity began with the opening and introduction of the FoN UI Community Service Team to all participants. The activity started at 09.30 with an enthusiastic welcome from the participants. The activity begins with measuring the ability of participants regarding disaster preparedness through the PreTest and after that the Servant presents material on disaster preparedness management and continues with First Aid Practices for Accident Victims (P3K). The material was delivered by the FoN UI Lecturer, Dr. Sigit Mulyono, S.Kp., MN and accompanied by 5 students as facilitators. According to Dr. Sigit Mulyono, S.Kp., MN, one of the main factors causing many victims due to disasters such as earthquakes is the lack of public knowledge about disasters and their preparedness in anticipating such disasters. The activity ended with a discussion and measuring participants’ knowledge through a post test. One of the participants said that the training related to disaster preparedness was interesting because it could be practiced directly, especially related to first aid, so that the participants hoped that this activity could continue to increase the knowledge and skills of youth and cadres related to disasters.

Furthermore, during the COVID-19 Pandemic, the implementation of disaster preparedness training strictly implemented the Health Protocols recommended by the government, such as before entering the training room participants were checked for body temperature, required to wear masks during the training and maintain seat distance. This is done in support of government programs related to preventing and controlling the spread of COVID-19. 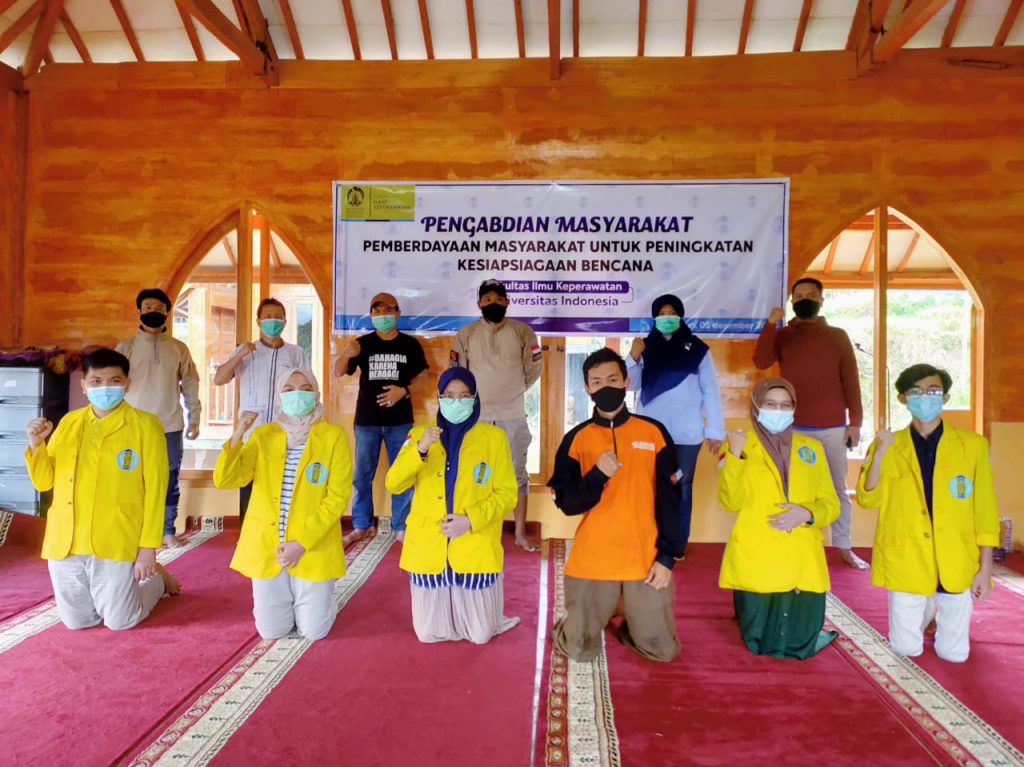 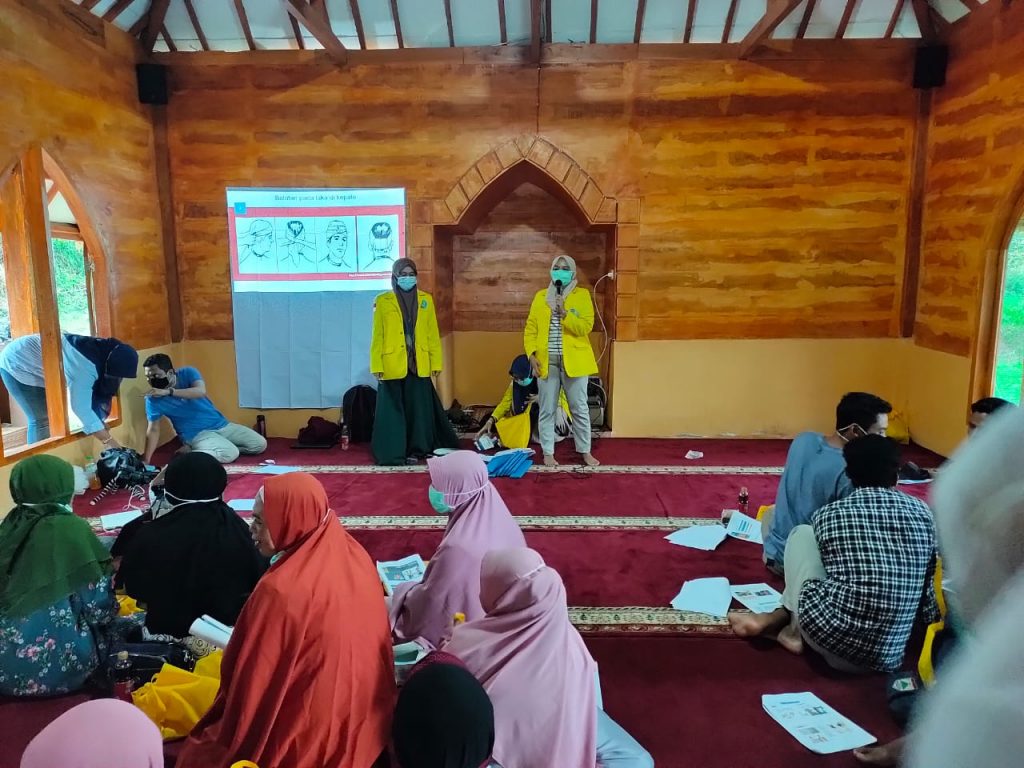 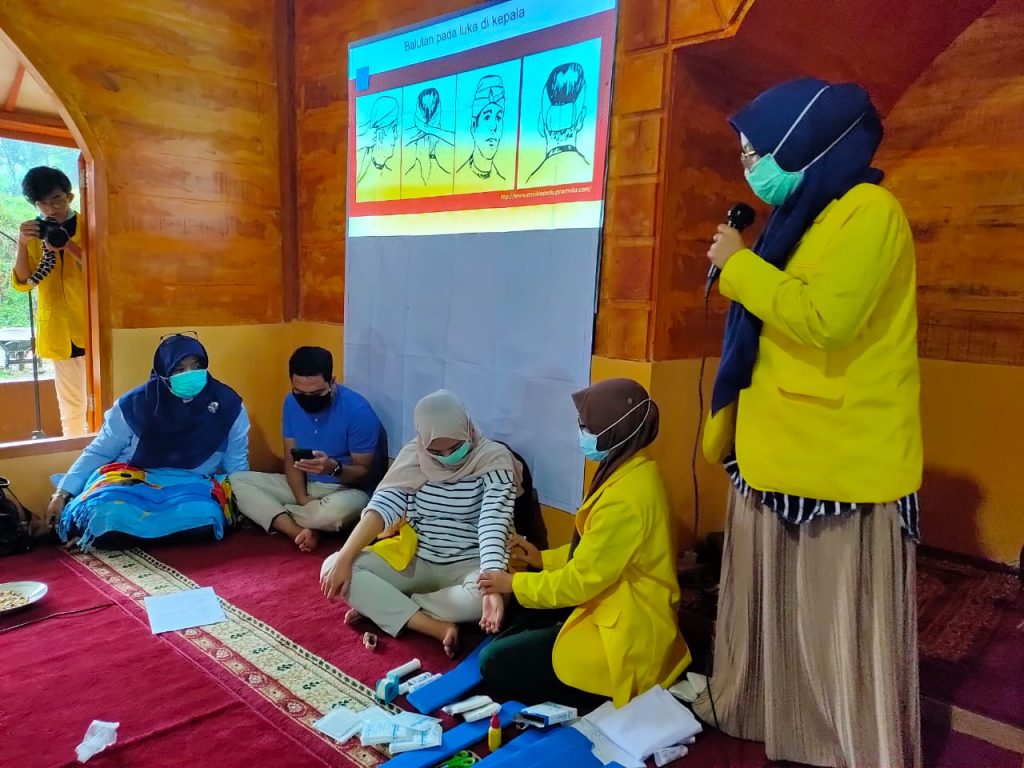 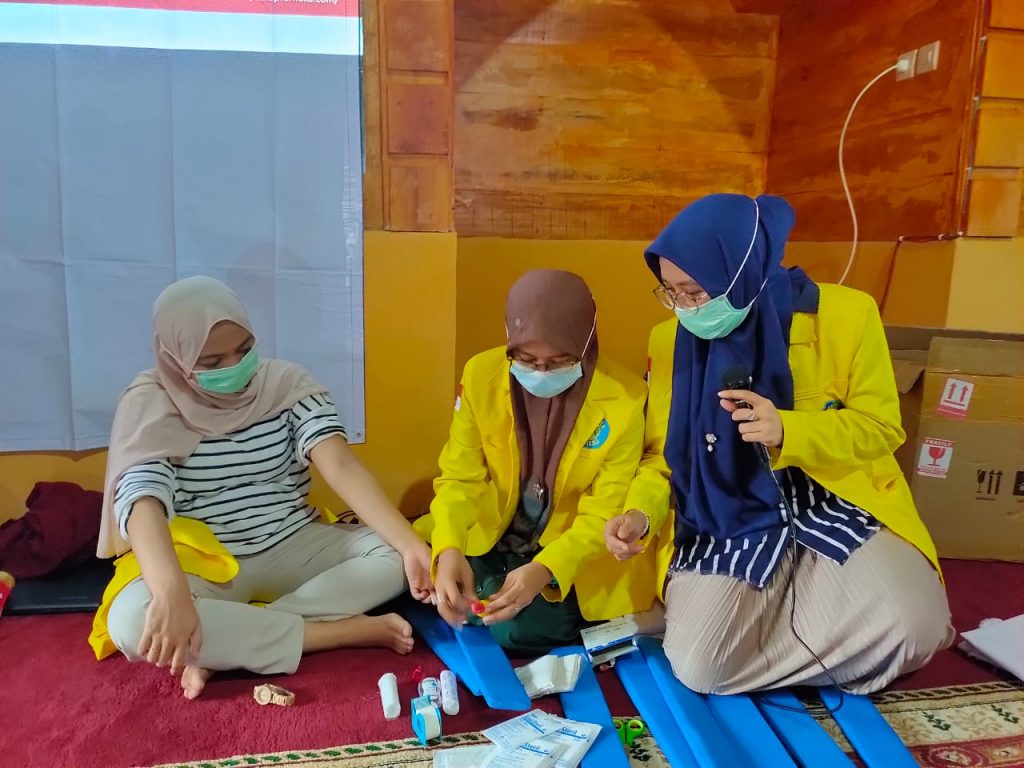