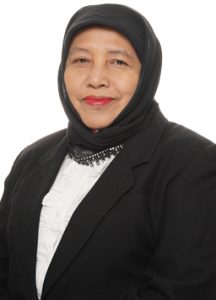 Doctoral Program in Nursing has special cognitive, psychomotor, communication and professional skills according to his/her specialization, is able to design evidence-based health service management (community leader: CL), solve problems through a transdisciplinary approach (consultant: K), provide education to partners and the community (educators). : E) as well as conducting research that advances management and scientific development that is beneficial so that it becomes an expert in the field of nursing and health (researcher: R and agent of reform: AP).

Public health services are part of the government’s strategic program contributed by health care teams from various health disciplines including nursing. Nursing personnel who provide health services at various levels of the health service order is a front line that has an important position to contribute optimally according to their knowledge, especially at home and even abroad. The Faculty of Nursing, University of Indonesia (FoN UI), as the first and oldest nursing education institution in Indonesia, feels responsible for improving health services in the country through the development of human resources, science and technology of nursing. Since 1999, FoN UI has been able to develop master’s education in nursing sciences with various specificities and in 2008 has opened a Doctoral Program in Nursing and has also been accredited with an A predicate. In addition, FoN UI has a great opportunity to accommodate the aspirations of master of nursing who want to continue their education to a higher level, namely the Doctoral Program in Nursing, both on the UI campus site and through the Dual Mode program for those who are separated due to its remote geographical location and various other considerations. Dual mode programs are part of regular educational program activities. This program is not a new study program but an effective approach to ensure the expansion and equalization of access, quality improvement and relevance, as well as good management and accountability of education that is able to face challenges in accordance with the demands of local, national, and global life changes. In carrying out their duties and functions in this dual mode learning activity, lecturers can use high-tech communication tools either directly (synchronous) such as teleconference, skype, videoconference, and indirect (asynchronous) for example through email and discussion forums in the learning management system in addition to face-to-face in accordance with applicable regulations.

"To make the FoN UI Doctoral Program in Nursing, a center for nursing scientist education and services for nursing research activities in Indonesia in 2035."

Time and Place of Lecture